International Day for Disaster Risk Reduction: How to enhance resilience of populations at local and national level

This year’s focus was on disaster risk reduction strategies, plans, initiatives (local and national) that have an impact on citizens’ lives and can potentially prevent existing risks and avoid new ones. In simple terms, a good disaster risk governance.

With the support of the United Nations Office for Disaster Risk Reduction, the Committee of the Regions Natural Resources Commission organized a workshop bringing together local (cities and municipalities) and regional representatives to share their experience in building local resilience in the face of a complex risk landscape, recently exacerbated by the pandemic outbreak.

Responding to this global awareness movement, the DRS-01 cluster projects, BuildERS, Resiloc and LINKS joined forces under the common goal to present local and national initiatives from different countries that aim to increase resilience and preparedness of local communities in case of a disaster.

The case of Italy

According to a recent publication, Italy is exposed to a number of major natural risks. In the period 1944–2012, earthquakes, landslides and floods have resulted in huge losses with an economic cost of 3.5 billion Euros per year. Risk prevention and mitigation (RPM) has become a national priority, and therefore, the Italian Government has earmarked financial resources for RPM through a multitude of laws.

Besides the financial resources, a great number of initiatives and moves coordinated by local and regional authorities were launched to increase resilience.

The department of Civil Protection of Regione Sicilia states ”Our communities are exposed to so many risks that we can increase our safety only by increasing our resilience”. An initiative, called ”Io non Rischio” has been launched by the local authority aiming to create awareness about risks and educate the local community to prepare and respond to crises. In the capital of Silicy, Catania, the local authrority, Comune de Catania, has established a local resilience team (citizens and businesses) enabling dialogue and improving community resilience together

Another civil protection plan is currently developing by the University of Frlorence. In involves all the Athenaeum community and is designed as an inter-municipality plan to gather contents of existing plans at the municipality level.  The UNESCO Chair on Prevention and Sustainable Management of Geo-hydrological hazards of the University of Florence is a signatory of the Kyoto 2020 Landslide Commitment (KLC2020). The KLC2020 promotes a global understanding to reduce landslide disaster risks which aligns with the Sendai Framework, the UN Sustainable Goals 2030, the New Urban Agenda and the Paris Climate Agreement.

The case of Finland

A very interesting campaign has been launched by the Finnish government to tackle misinformation during the pandemic.

Together with the network of media companies, the Finnish government engaged social media influencers to share reliable information about coronavirus and correct false news. During the campaign, the Finnish Media Pool of the National Emergency Supply Agency educated hundreds of influencers on how to communicate about coronavirus and how to cope during difficult times both mentally, economically and physically. The campaign began with a mapping of the most significant influencers and continued with regular information sharing.

The case of Hungary

Recent action has also been initiated by the Hungarian authorities in response to COVID-19 crisis. As one of the first actions of the government to involve charity organizations was the establishment of the National Humanitarian Coordination Council on 13th Mach 2020. The already existing Charitable Council was made up of the six largest Hungarian charities: the Catholic Caritas, the Hungarian Maltese Charity, the Hungarian Red Cross, the Hungarian Interchurch Aid Organization, the Hungarian Reformed Church Aid and the Baptist Aid. The Charitable Council acts as the National Humanitarian Coordination Council (NHKT) in emergencies. The NHKT works in co-operation with the Operational Staff Responsible for the Control of the Coronavirus Epidemic and the Volunteering and Donation Coordination Task Force, which is responsible for co-ordinating charitable assistance.

At its first meeting, the Council unanimously agreed that the charitable organizations’ own donation lines had been suspended, replaced by the common donation line 1357, the National Co-operation Line and a related bank account number to centralize donations.

The case of Norway

In Norway, initiatives, plans and programmes to reduce disaster risks are formulated under the national policy called societal security. This policy deals with threats, risks and crises ranging from societal, environmental and economic national and transnational challenges and aims to provide Norwegian society with competencies and resources for identifying, dealing with, and surviving them. In the case of manmade or natural risks, societal security relates to the whole spectrum of activities within preparedness, prevention, mitigation, response and recovery.

The main institution in charge of this is the Norwegian Directorate for Civil Protection (DSB), which reports to the Ministry of Justice and Public Security. DSB, in cooperation with the Water Resources and Energy Directorate (NVE) and the National Road Authority, coordinates the Norwegian National Platform for Disaster Risk Reduction (Naturfareforum). This platform fosters cross-sectoral cooperation between national, regional and local actors to reduce vulnerability to natural hazards by identifying deficiencies in their prevention and management and by proposing measures to overcome these deficiencies.

What we can learn from the above cases is that fostering resilience is highly linked with raising awareness across the local community and authorities. Learning from past experiences clearly shows that a resilient population matters more than a resilient infrastructure in view of a disaster. Good and effective governance also matters as it brings together different actors to build a better and more resilient system at the local and national level based on citizens’ engagement and cooperation.

Want to find out more about RESILOC?
Categories: News 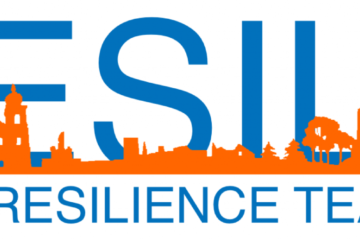 In July 2021 the project was able to produce its first functional Local Resilience Team (LRT). This important step resulted from to the proactive work of the Municipality of Gorizia, one of the four local Read more… 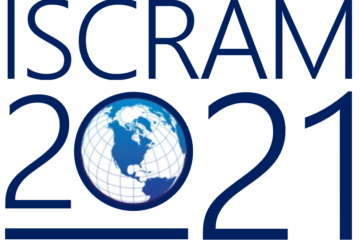 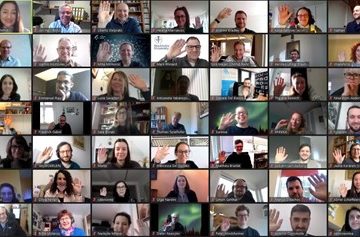 The Horizon 2020 programme priorities reflected on prime societal challenges faced by the global community. Securing itself against, and being prepared for, disasters is one of the central elements of the functioning of any society. Read more…

Participation in the Catania Workshop on Dimensions, Indicators and Proxies is voluntary but restricted to members of the Community of Catania assigned to the RESILOC Project.

Participation in the Catania Validation Workshop is voluntary but restricted to members of the Community of Catania assigned to the RESILOC Project.

The goal of the research activity is to collect and evaluate the results of the three workshops of phase one. This will be carried out through a questionnaire (Validation tool 1.1) that is organised in two parts (10 questions in total).

The first section evaluates the relevance/applicability of DIP (dimensions, indicators and  proxies) in the context of Catania.

The second section collects feedback on the role of scenarios as a tool for testing the validity of the DIP system and collects information on the clarity and understanding of the data gathering process. You are asked to receive and complete the questionnaire submitted by the Local Training Lead, returning it back by email before and no later than Monday 07/02/2022.

The RESILOC research team will use the answers you provide to further refine the development of the resilience tool that aims to improve the resilience of local communities.

This activity will be performed via a PowerPoint presentation that aims to explain the scientific/research framework of RESILOC, introducing the DIP database and the logic behind it. During the presentation, the Local Training Lead will explore participants’ views, in particular on the approach of using dimensions, indicators and proxies to capture the resilience of a community; this will be done through dedicated Q&A sessions during specific moments of the workshop.

The purpose is to make the representatives of the Municipality and the LRT members able to evaluate the applicability of the framework in terms of relevance, feasibility, data availability, among others for the community of Catania.

For this particular research activity, we collect the following personal data in order to have a better understanding of your opinion and perspective.:

For this particular research activity, we collect the following personal data in order to have a better understanding of your opinion and perspective:

The data collected will be stored on the IES server, protected by data security protocols, for a maximum of 2 years (up to one year after the end of the project).

This website uses cookies to improve your experience while you navigate through the website. Out of these cookies, the cookies that are categorized as necessary are stored on your browser as they are essential for the working of basic functionalities of the website. We also use third-party cookies that help us analyze and understand how you use this website. These cookies will be stored in your browser only with your consent. You also have the option to opt-out of these cookies. But opting out of some of these cookies may have an effect on your browsing experience.
Necessary Always Enabled
Necessary cookies are absolutely essential for the website to function properly. This category only includes cookies that ensures basic functionalities and security features of the website. These cookies do not store any personal information.
Non-necessary
Any cookies that may not be particularly necessary for the website to function and is used specifically to collect user personal data via analytics, ads, other embedded contents are termed as non-necessary cookies.
SAVE & ACCEPT